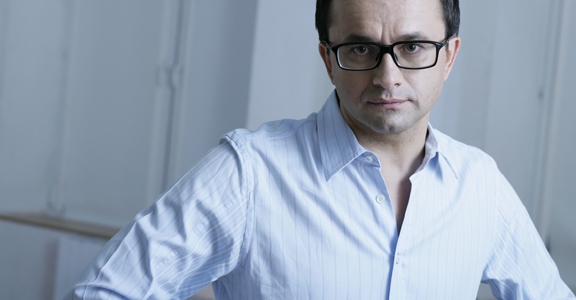 Born on the 6th of February in 1964 in Novosibirsk, Andrey Zvyagintsev attended the Novosibirsk Theatrical School, class of Lev Belov, before pursuing his studies in Moscow. In 1990, he graduated from the acting faculty of the Russian Institute of Theater Arts (GITIS), class of Evgeny Lazarev. In the following years Andrey gave several theatre, film and TV appearances as an actor.

In 2000, he debuted as a director. He made three short films for REN TV Channel’s The Black Room series — Bushido, Obscure, The Choice — that was immediately followed by his first full-length feature.

In 2003, THE RETURN, a debut not only for the director but also for the majority of the crew, played the main competition at the 60th Venice Film Festival and won its highest prize, the Golden Lion. Besides, Zvyagintsev was awarded the Lion of the Future for best debut, “a very delicate film about love, loss and growing”.  It captured the attention all over the world becoming one of the cinema sensations of the year.

His second film, The Banishment, competed for the Palme d’Or at the Cannes Film Festival in 2007 and won Best Actor (Konstantin Lavronenko) — the first-ever for a Russian artist.

In 2011, Zvyagintsev’s third film, Elena, premiered at the 64thCannes Film Festival and won the Special Jury Prize in the Un Certain Regard section.

His fourth film, Leviathan, screened in competition at the Cannes Film Festival in 2014 and won Best Screenplay (Andrey Zvyagintsev and Oleg Negin). In 2015, the Hollywood Foreign Press Association named it best foreign language film — the film won the Golden Globe becoming the first Russian feature to win this award since 1969. The film got an Oscar nomination in the same category at the 87th Academy Awards.

Zvyagintsev’s next film, Loveless, won the Jury Prize at the Cannes Film Festival in 2017 and was nominated for Best Foreign Language Film at the Academy Awards in 2018. LOVELESS was released in all major territories earning nominations for all acclaimed cinematic awards worldwide including The Golden Globe Awards and BAFTA. It was awarded Best Foreign Film at France’s César Awards, for the first time in history of both Soviet and Russian cinema.

In 2018, Andrey Zvyagintsev served on the Cannes Film Festival jury.

Zvyagintsev is a member of the Academy of Motion Picture Arts and Sciences and the European Film Academy.