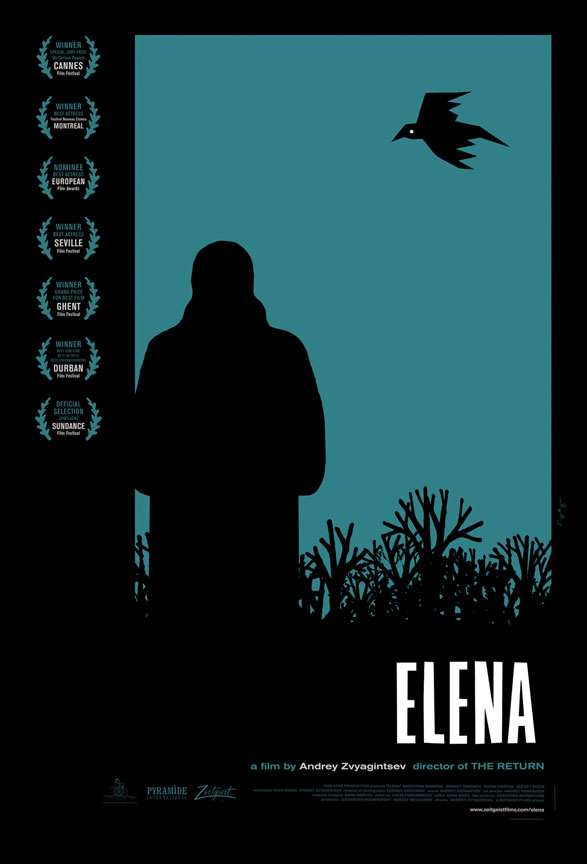 Ever since I  first wrote about the work of Sam Smith, back in 2009, I have been wanting to work with him in my capacity (in my other life) as the design director for Zeitgeist Films. In the two and a half years since then, Sam Smith has become one of the most sought-after designers on the independent film circuit with his refreshingly simple, witty and indelibly striking hand-drawn designs (it doesn’t hurt that he also has a great knowledge of both film history and the history of movie poster design). A few months ago I finally got the chance when we decided that we wanted something out of the ordinary to promote our new release of Andrey Zvyagintsev's Elena.

Zvyagintsev’s dark and beautiful film premiered at Cannes last year where it won the Special Jury Prize. For our release this May (it opens next week in the U.S.) we wanted to emphasise the noirish aspects of this captivating modern Russian crime drama and none of the keyart we’d seen from Europe really captured that aspect of it (though I am quite fond of the Australian poster).

Sam, with his love of Czech posters of the 60s and 70s and their frequent animal iconography, immediately zeroed in on the crow that appears at the start of the film as a linchpin element for his design. One of my favorites of his early comps featured nothing but a thicket of wintry trees silhouetted against a teal blue sky, and, above the title, that ominous bird. But much as we loved it as a piece of art we felt that the poster needed its titular character or it wouldn’t really be telling you enough about the film (unlike the great Czech and Polish designers, we can’t afford to be quite so oblique). However, the title treatment and color scheme were strong enough to survive throughout successive drafts. 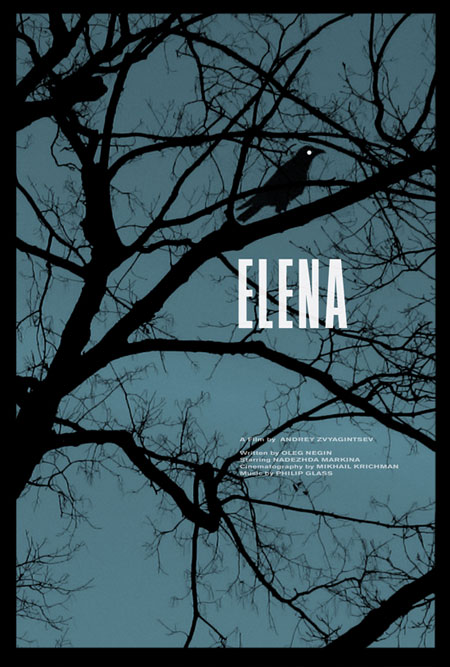 Sam experimented with a number of ways to represent Elena herself, some of which made her look a little too babushka-like in our opinion, but he quickly settled on the perfect look for his crow.

After a number of variations Sam hit upon the silhouette that is used in the final design. Windows are a major feature of the film (Elena lives with her rich husband in a modern glass-walled penthouse) so to have Elena looking out of the window, her back to us, ruminating, maybe plotting, fits the feel of the film perfectly and also gives her a hint of Joan Crawford at her most devious. Sam refined his horizon of leafless branches reaching up like grasping hands (one of my favorite elements of the poster), and even created his own stylized laurels for the film’s many accolades.

Early in the process, Sam had shown me a bunch of Penguin crime paperback covers (many of them the work of Polish emigré Romek Marber) that he was looking at as a possible direction for the poster. You can see that a couple of them clearly influenced our final look. 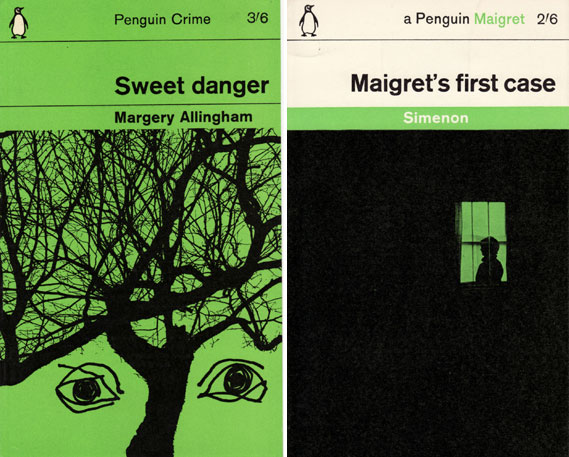 Going beyond the call of duty, Sam also made a smaller, pared-down screenprint version of his design which was printed at Kangaroo Studios in his home town of Nashville, TN. His friend Adrian Cobb has made this wonderful short film documenting the process.

These numbered and signed limited edition prints can be purchased exclusively from Posteritati, though we’re also giving two away in a raffle at the BAMcinématek screening of Zvyagintsev’s The Return on Tuesday May 15 at 6:50pm (the day before Elena’s opening at Film Forum). If you follow Zeitgeist Films on Twitter or Facebook you’ll also have other chances to win one in the coming week.

Meanwhile, I’ve asked Sam to inaugurate a new series on Movie Poster of the Week where I will occasionally ask guest curators to come up with a top ten list of their favorite movie posters of all-time. A tough challenge for sure, but Sam rose to it and then some. You can definitely see where Sam is coming from aesthetically in his superb selection below. So here, in his own words, is...